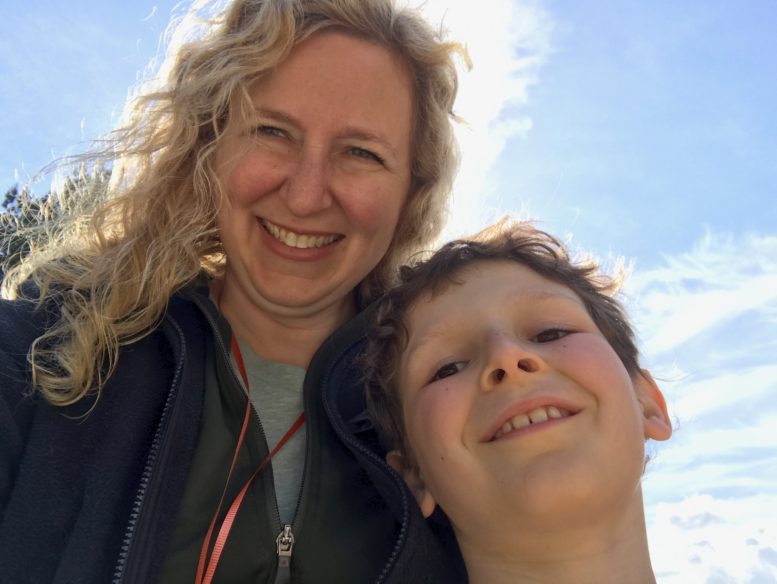 I was at a weekend self-development workshop, seated at a dinner table with five other people, a few of whom had known me well for many years. When it was my turn to share my goals for the workshop, I declared that I was committed to discovering new ways to connect, collaborate, and feel less alone.

Gavin gasped. This man sitting next to me who’s known me since 2004 looked at me as if trying to make sense of what I was saying for a long moment before quickly apologizing for the interruption. I completed my declaration of intentions, and we continued sharing around the table.

But that gasp stayed with me.

In the way that we can hike all day up a mountain without arriving at the scenic view at the top, my friend’s gasp revealed an insight I’d been laboring for years to realize but had never understood: I am not alone. And I had never been alone. I simply had not learned to turn my gaze up high enough to see this truth. Until now.

When I considered how Gavin might perceive me, I saw a woman incredibly rich in community: friends, family, colleagues and readers. A great many of whom had supported me emotionally, practically and even financially throughout some of my most treacherous (and also my most joyous) years. And I marveled that this view had been so difficult to take in through my own eyes, as a result of my habit of interpretation.

The next morning at breakfast I told Gavin that in a single inhalation, he had completely changed my perspective. Recently remarried to a woman who had been a single mother for many years, Gavin affirmed that he understood the enormity of what I am responsible for in running a household and co-parenting a child on my own. He said he could understand that I feel isolated under the weight of it all. It just surprised him, given the love he observed all around me.

Gavin helped me uncover what I now call my Toxic Myth of Alienation. Despite the evident and overwhelming facts to the contrary, I have spent my single mothering years unable to see, feel, or be nourished by much of the rich and widespread support that was available to me. If you’re the only adult in your household who is responsible for parenting, earning, running a household and occasionally sleeping (or any one of these), chances are good that you are also vulnerable to at least temporarily slipping into this same toxic illusion of how alone and unsupported you are.

But I’m here to tell you that it’s not true.

What’s true is that you are loved. You are held. I’ll bet you can list five people you could call or email right now, starting with me, who would be honored to support you with whatever you are struggling with. Plus, you are a part of a global community just like you: parents who are fiercely committed to doing right by their children, their jobs, their pets, their co-parent, their household, their friends, their communities. Who are exhausted, overwhelmed, and maybe even terrified, but are making that steep climb against all odds.

What’s true is that you are not alone. None of us are alone. We can see this more accurately in the eyes of others–such as I did with Gavin, and in this incredible moment at Disneyland.

Look for and listen to the proof when it is given that you have help. You have friends. You have people who want to see you thrive. You have enough of everything and everyone you need to reach that vista at the end of the climb.

I invite you to soak in the truth of that view.